This Saturday, we are participating in the annual Doors Open Guelph, a free public tour of many of the Royal City’s historical buildings. The theme this year is Science, Medicine & Technology, and we are very excited to take you on a tour of our heritage home!

215 Woolwich Street is a frame house built by Guelph architect John Hall in 1872. This was the first home he built, and he and his family resided here.

John Hall was born in 1839 and was of Irish heritage. He moved to Guelph in 1862 with his father, and worked with him as a carpenter-builder. In 1865 John Hall married Elizabeth Sunley, who was the daughter of prominent businessman and former mayor, George Sunley.

The construction of this home as well as three more built along Woolwich Street for his family established his reputation as a carpenter and an architect. Upon completion of the homes, John Hall was subsequently commissioned to build more than twenty commercial buildings, public buildings and private residences throughout Guelph. Just a few of his projects included the Norfolk Methodist Church tower, the County Crown Attorney’s building, the now demolished Guelph Collegiate East Ward School, and the now demolished Bell Organ Factory.

Our particular building, 215 Woolwich Street, is a frame house, unusual for Guelph, and was designed in John Hall’s signature L-shaped Italianate style. Many of the original features are still present, including the original flooring, curved staircase, three fireplaces, radiators, ceiling medallions and French doors.

John Hall passed away suddenly at the age of 47 from pneumonia. While little is known about his personal life, his funeral was described as “one of the largest held in Guelph for a long time” and his work had a significant influence on the appearance of Victorian Guelph.

The Doors Open Guelph tours are available from 10AM to 4PM on Saturday, April 23rd, 2016. Check out doorsopenontario.on.ca for more details about this event, and other Doors Open events happening this year throughout the province. Hope you see you there! 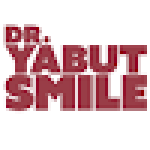